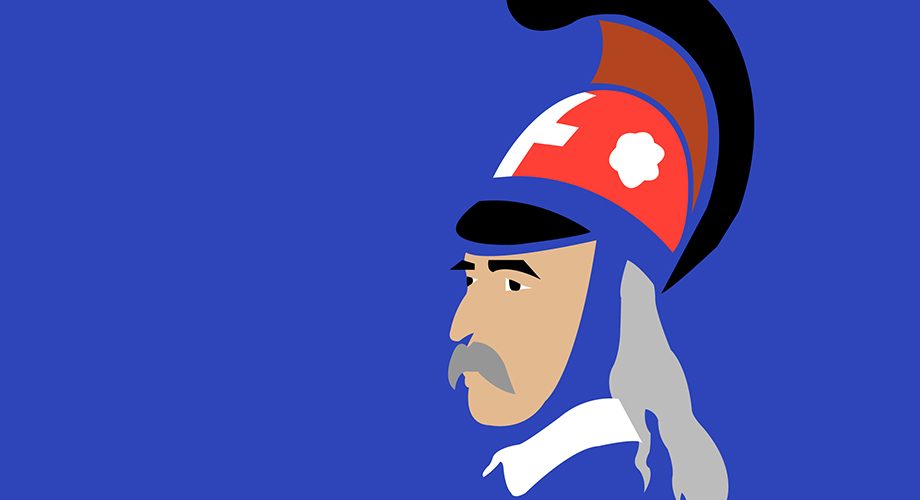 Receiving and transmitting information is of vital importance on the battlefield. Military history is filled with wars that were determined by one side’s ability to correctly transmit messages. We know, for example, that decrypting the Enigma machine used by the Nazis for message transmissions contributed decisively to the Allies’ victory in World War II.

However, the major advantage of telecommunications is also their major weakness: transmissions allow you to move your troops, but they also allow the enemy to intercept the information and use it against you.

At a critical point during the battle, the Ottomans used special smoke signals to transmit their retreat. Kolokotronis realised this and launched a successful counterattack on the points of retreat. The battle of Valtetsi is considered important because it was the first time that the Greek revolutionaries fought an organised battle against the Turks. According to Kanellos Deligiannis, “this glorious victory was decisive for the Greek Revolution, and the homeland’s independence is owed to it, as it encouraged and inspired the Greeks”.

All the traditional means at the disposal of the Greeks in the pre-electric era were used for the transmission of messages. From the half-collapsed Byzantine watchtowers and the bayraks (flags) to the use of smoke and kleftiko whistling. In his memoirs, Makrygiannis refers to an incident of a Turkish message being intercepted from a camp using messenger pigeons. These modes of communication have been chronicled in kleftiko songs.

Run, young Vlach, to the watchtower and see / if there’s fifty and a hundred, charge out and slaughter them, / and if there’s more of them, come back and tell us.”

“I’ll go from hideout to hideout and give out a kleftiko whistle / to gather my men, who are all spread out”

The need for an organised telecommunications system very quickly became apparent to the Greek revolutionaries. When the 1st Revolutionary Government was formed on 17 May 1822, it was asked to approve the formal creation of an optical telegraph. This modern technological innovation, Chappe’s optical telegraph, had been used a few years prior in the Napoleonic Wars. From the very beginning, the Greeks had been keeping an eye on technologically advanced Europe, even as regards telecommunications, which in the early 19th century had started emerging as a new factor in armed conflicts.