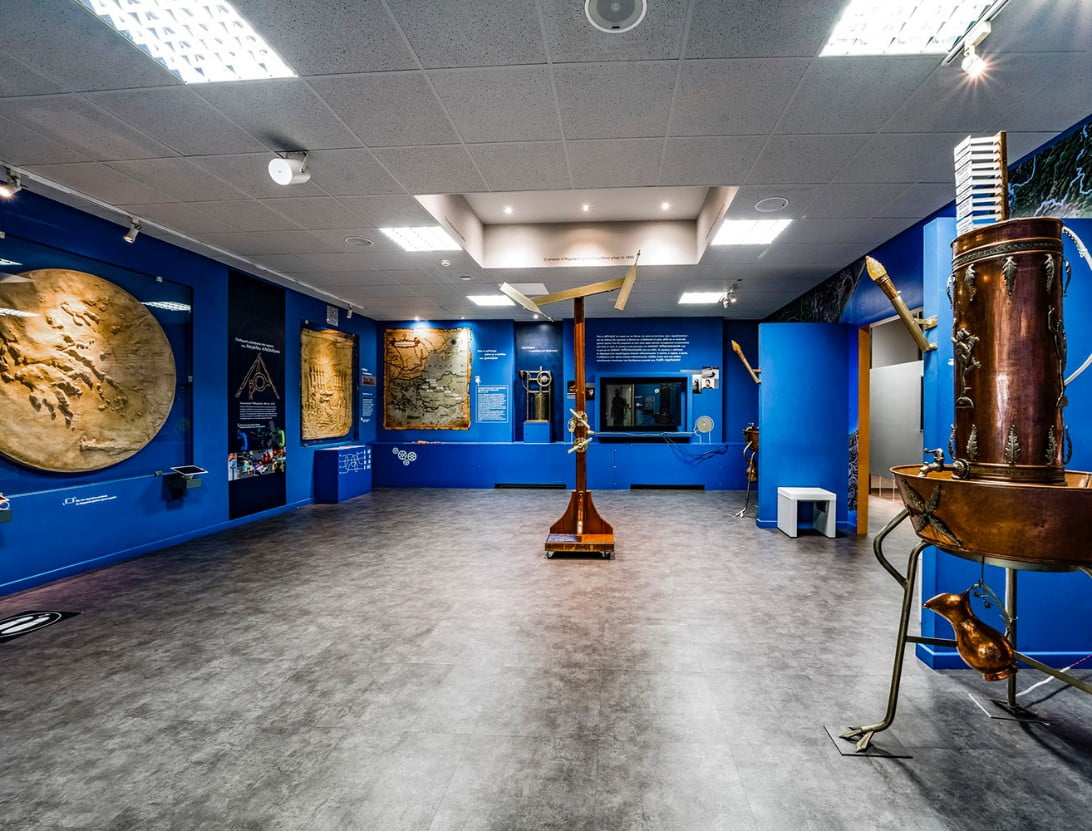 The word “telecommunications” is quite recent. It first made its appearance in the French language in 1904 and is associated with technological progress and the expansion of globalisation during the industrial age. However, the concept and need for long-distance communication dates back to antiquity. Initially, telecommunications was used almost exclusively by the military. The audible and visual methods were primarily used in the transmission of messages from a distance during the pre-electric era. Bugles and torches were the most common means of warning of an enemy's approach, troop movements or the result of a battle.

The phryktoria network was the most widespread medium for transmitting long-distance messages. It dates back to antiquity and was maintained until the middle ages. Fires on mountaintops and at high elevations that had visual contact were able to transfer specific messages across many kilometres on the same day.

The word Phryktoria is a compound word and originates from the noun phryktos (lit torch) and the verb oro (I see). Therefore a Phryktoros is someone who monitors the phryctoriae, while phryctoriae are the place, the lookout towers.

The most well-known and detailed account that we have about the operation of the phryktoria network in antiquity is in Aeschylus’ tragedy “Agamemnon”. Clytemnestra narrates how the news of the fall of Troy travelled from Ilion to Mycenae in one night.

Similar torch-based semaphore systems were used by the Persian, Roman and Byzantine empires.

The phryktoriae could transfer a specific number of pre-arranged messages (e.g., victory, defeat, attack). Cleoxenes and Democletus, engineers in the Hellenistic age, tried to overcome this disadvantage by laying the foundations for an unlimited number of unpredictable messages to be sent. With the invention of the pyrseia, they essentially created the first form of codified telecommunication based on the Greek alphabet. Almost two thousand years later, Samuel Morse followed in their footsteps with the invention of the Electric Telegraph.

Polybius is the main eyewitness of the invention of the pyrseia (Histories, X, 45-47). Located at both the transmission site and the receiving site was a grid comprised of five rows and five columns. Each box that was formed contained a letter of the alphabet. When the transmitting messenger wanted to send a message, he would light a torch to catch the attention of the receiving messenger. When the latter lit a torch to signal that he was ready, the transmitting messenger would light and place torches on either side of the first torch corresponding to the number in the row and the column of the letter to be used. In other words, he would give coordinates. This allowed the transmission of entire messages using one letter at a time.

In the 10th century Leo the Philosopher/Mathematician invented a tele-notification system that improved the existing phryktoria system of the Byzantine empire in Asia Minor. Its purpose was to transmit information about enemy activities from Kilikia to Constantinople within one hour. In a straight line, the distance between the two outer most limits was about 670 km. These limits were at Loulon, north-east of Kilikia, and the Pharos (lighthouse) to the east of the Constantinople palace. According to the text, two identical (water) clocks had been placed at the limits of this system (Chronicles, PG 109, 744).

As for the exact mode of operation of these two clocks, the information we have is incomplete. However, the basic operation is provided in the text: Each clock was divided into 12 hours and each hour declared a different event, e.g. In Syria the first hour signalled a raid by the Saracen, the second signalled war, the third fire, and so on. (Chronicles, PG 109, 744). When a fire was lit at the first phryktoria at a specific hour, a specific message that corresponded to this hour was transmitted to Constantinople. Some details are still hazy, such as the problem of visibility, the ability to the transmit messages during the day, etc.

This is the name given to the mechanism created by Aeneas Tacticus in the mid-4th century BC for the purpose of increasing the messages that could be transmitted via the phryktoria. It was based on a hydraulic device, while the use of torches was restricted to signalling the start and end of the message.

A similar communication mechanism was also used by the Carthaginians in wars with the Romans.

In the Middle Ages and the modern era until the Enlightenment, no progress was made in communication technology, despite the shift that the 17th century scientific revolution brought in human thinking. However, the invention of the telescope was a game changer, and the idea of the optical telegraph was born. The French Revolution gave the impetus for the implementation of this idea.

In 1792, the French engineer Claude Chappe built the first optical telegraph linking Paris to Lille with twenty intermediate stations. It was simple to operate: Built on the top of a tower was a five-metre mast with a four-metre cross beam at the top which could be rotated at the centre of gravity with pullies to take a horizontal or vertical position. The cross beam had two-metre arms on each end. The telegrapher could rotate the cross beam into four positions and each arm into seven positions. Therefore, it was able to make 4Χ7Χ7=196 different combinations. The tower operator watched the symbols from the transmitting messenger via a telescope and relayed them to the next station. It took just two minutes to relay one letter from Paris to Lille.

This mechanism was also used by Napoleon Bonaparte and was replicated by other European countries until the mid-19th century, at which time it was replaced by the Electric Telegraph. A detailed description of its operation is included in Alexandre Dumas's novel “The Count of Monte Cristo”.

Back to Permanent Exhibition
Back To Top