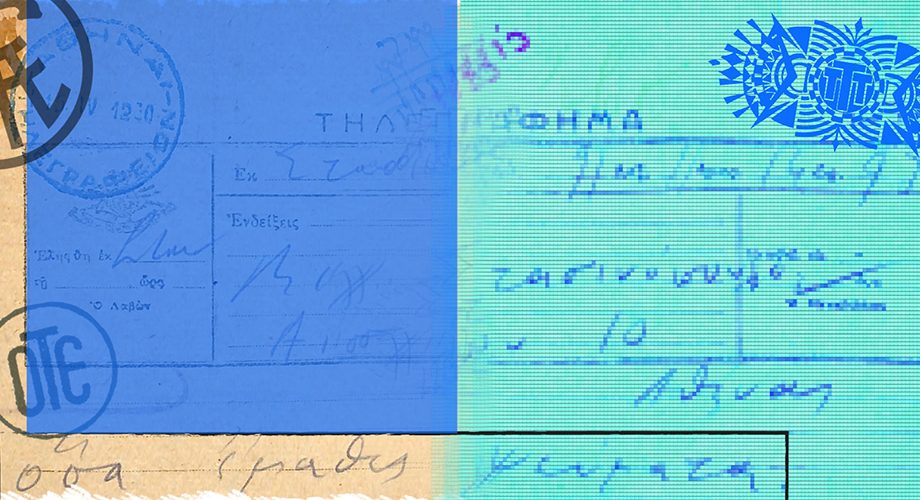 At a conference in 2015, Vint Cerf, who is considered the father of the internet, warned of the coming of a “digital dark age.”

He cautioned that the constant digitization that is doing away with print documents will bring an age where documents, photographs and even music of the recent past and present will not be accessible to future generations. The hyper-advanced systems of the future may not be able to read the digital files of today, he pointed out, wondering whether it might be useful for us to keep physical, printed files.

Might digitization, in the end, cause cracks in historical memory?

Letters, telegrams and photographs preserved the historical footprint and information of every era. But e-mails, blogs, social media, webpages and avatars are disappearing into the abyss of cyberspace or through the upgrades of the next advanced computer or mobile phone.

This is nothing new in telecommunications. The invention of the telephone in the late 19th century brought the same reaction. While telegrams preserved the content of communication, the telephone did not. As a result, significant source material was lost to history. We don’t know how Roosevelt responded in his critical telephone conversation with Churchill in 1939, the year World War II broke out, but we do have the telegrams exchanged by the two men during the same period, and we can document the American president’s stance on the looming Nazi threat. The same is true for the “hotline” established in 1963 between the White House and the Kremlin, following the Cuban missile crisis. While the encrypted telegrams exchanged by the Pentagon and Moscow are extant, the personal telephone calls between the two Cold-War leaders, Kennedy and Khrushchev, are lost to us.

The telegram: a storyteller narrates

At the Telecommunications Museum, we document, digitize and enrich the physical archive that tells the story of remarkable collective memories.

Our telegram collection contains over 8,000 documents. Official and personal occasions of daily life, commercial transactions, shipping communication and human moments have been preserved in the museum’s archive as invaluable sources on our country’s social and economic history from 1859 to 1990. The collection takes on even greater significance if we consider that telegraph services were discontinued in 2019. The telegram is technology of the past – one more thing deleted by digital communication.