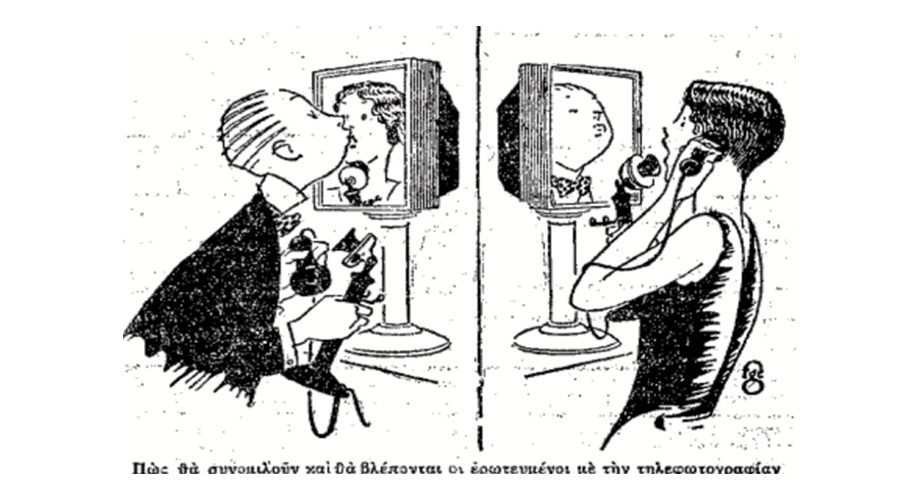 Telegraphic romance and ... other stories

April 1845. During the first days of operation of the first telegraph office in Washington, a young woman appeared and asked Samuel Morse to send a love letter urgently. She had quarreled with her beloved and insisted that in a second she should have told him that she had forgiven him. Morse explained that his invention could not send long letters in seconds, but only important information in a few hours. The young woman shouted, ”it is a very slow invention, it is very slow and my heart can’t stand waiting so long!” You’re a cruel man, Mr. Morse!” and she left away disappointed from the telegraph office, confirming the poet’s words: Take away distance and time to make two loved ones happy. (Alexander Pope).

The Morse’s invention may have upset the young girl, but soon inspired the writers. It is not well known today that at the end of the 19th century a literary genre called ”Telegraphic romanticism” was developed in America. The stories were always about a telegraph-operator female who found her love in their workplace, on the face of another telegraph-operator male. The novel usually had a happy end: The couple got married; the woman quit her job and became a faithful housewife.

The most famous novel of its kind was Wired Love, written in 1879 by Ella Cheever Thayer. Here, the author predicted that the fac-simile technology of the telephoto technology, i.e. the fax, would be very useful for lovers in the future. Fifty years later, in 1927, the journalist of the newspaper “Eleftheron Vima” came to the same conclusion, explaining to the readers that the facsimile can be very expensive to install in one’s own home, but it offers great services to lovers.

The main means of love, however, proved to be telephone and, in particular, public telephony, because telephone booths, which were established in central Athens during the interwar period, were considered places of sexual deception and flirt. The author of the ”ATHINAI” magazine describes aspects of this experience: ”From there, the lady will announce the unfortunate husband that she will go to the cinema, while in the corner the taxi with another man will wait for her, and from there the delicate miss will schedule three meetings, one after the other, with three different admirers. The telephone booth will most probably be used by the poor one who dare not confess face to face his love for his girlfriend, and from there the angry lady will be convinced that her hard-working man is really in his office and that he didn`t chase skirts” (February 1935).