Homepage
//
Discover
//
MT Stories
//
The Founding of OTE:
Back to MT Stories 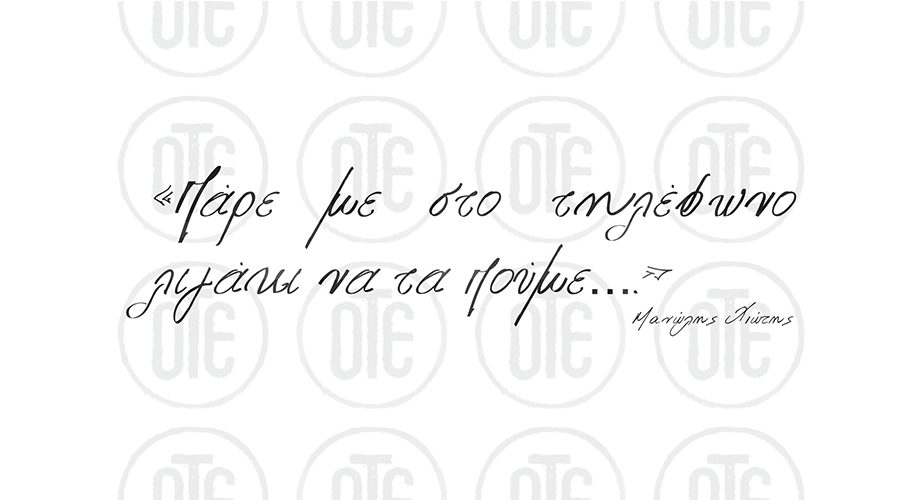 The Founding of OTE:

A new era in Greek telecommunications

On the occasion of the anniversary of the inauguration of OTE on 10 November 1949, we look back on the historical context that led to the founding and accomplishments of Greece’s largest telecommunications organization.

Telephony after the war

At the end of World War II, any telecommunications infrastructure in Greece that had escaped destruction was technologically outdated. The war, occupation and civil conflict had left destruction in their wake. Eighty percent of the telegraph network had been destroyed, and almost all of Athens’ telephone exchanges had been rendered useless, with the result that, of the 32,643 subscribers in Athens in October 1944, only 6,000 subscribers were still connected in January 1945, as a consequence of the Dekemvriana (December Events). Moreover, until 1949, telecommunications in Greece were provided mainly by private foreign companies: AETE, of which the main shareholder was Siemens und Halske (urban telephony) and Cable and Wireless (international telegraph and telephone communication), while domestic telegraphy and long-distance telephony belonged to the state. In general, before OTE, telephones were a luxury item available only to the upper classes and major enterprises.

OTE was founded in 1949, in the wider framework of the country’s reconstruction, and was bolstered financially by 136,704,074 drachmas from the Marshall Plan. However, in the four-year reconstruction plan for the years 1948-1952, the telecommunications sector accounted for just 1.8% of total investments allotted (with energy and transport receiving 20.1% and 21.5%, respectively). OTE managed to grow using its own resources. The huge sums of money required to implement the telecommunications development programs came from telephone and telegraph fees, telephone line installation fees, and the sale of material assets no longer in use.

From 1949 to 1959, major progress was made in developing telecommunications.

– The number of automatic telephones increased from 43,290 to 102,601 in Attica – a 137% increase in telephone installations in Athens and Piraeus.

– The number of public telephones increased from 154 to 417. In spite of the fact that the installation of public coin-operated telephones in remote areas was expensive and unprofitable for OTE, it was seen as vital to serving the general public and social needs.

Thus, ten years after the founding of OTE, the telephone was no longer seen as a privilege of the few; it was now widely available.

And in 1959, Manolis Chiotis could pen the song “Phone me so we can talk a little.”